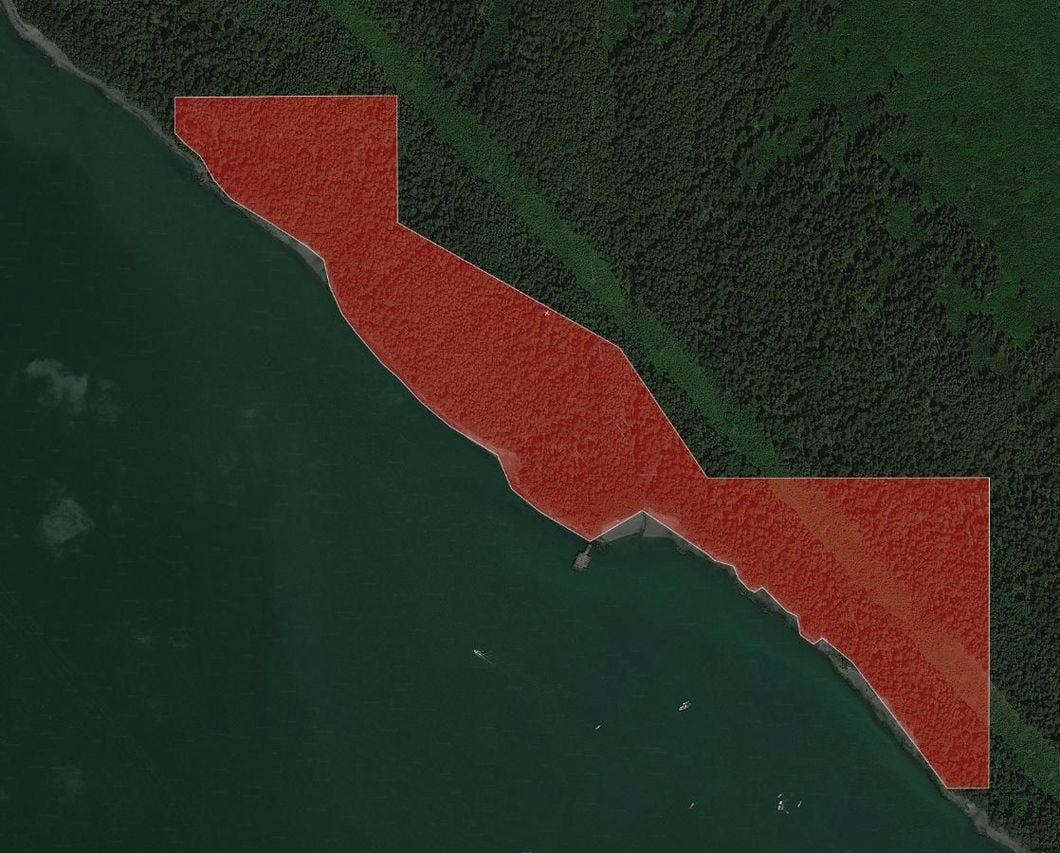 Major Price Reduction for this 100+ Acre holding just south of Thane Road, plus the DuPont dock and some submerged lands.  Now priced at $1.3 million.

The northern edge of the Dupont property is situated approximately one 1 mile South of the southern terminus of Thane Road, 7 miles from downtown Juneau, Alaska, at the mouth of the Gastineau Channel.  The property consists of approximately 100 acres of forested land, with estimated 1 mile of waterfront on the Gastineau Channel, the only deep water marine shipping channel accessing Alaska’s Capital city.  A March, 1979 independent timber cruse placed a gross value one the properties’ merchantable timber alone at over $1,300,000.  This number has likely increased given today’s market demand.

There is an existing federal road easement ot the property across approximately 1 mile of state land lying between the end of the existing public road and the Dupont site.  The site was utilized until the 1940’s as a ship docking and explosives storage area for the Alaska Juneau (AJ) MIne.  At present the site is accessible by fload plane and board, or by foot over the Thank Annex Creek Trail, which begins at the terminus of Thane Road, approximately 1.25 miles north of the dock site.